Get Amy's "5 Things Every Child Needs in a Parent" Ebook 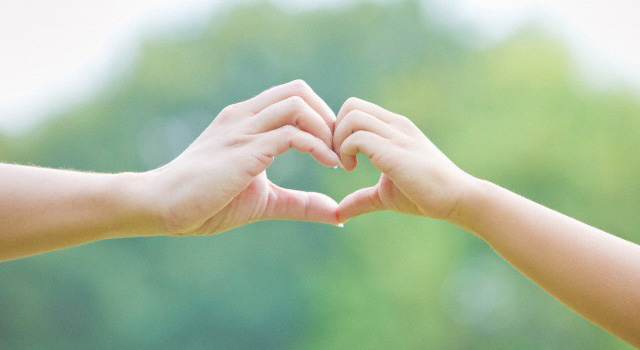 See how Amy’s personal journey led to her professional career.

From an early age, Amy Allen Meyer loved children and was fascinated by the relationship between them and their parents. The oldest of two, Amy watched as her mother methodically tended to the domestic chores of the day and her father worked to provide for his family. Theirs was a tight-knit group rooted in traditional Christian values and actively involved in the community in which she was raised.

The bond between Amy and her parents—combined with the positive role models that surrounded her—fueled Amy’s desire to work with families.

Her first stop was that of babysitter. In sixth grade, families entrusted the responsible preteen with the care of their babies. Amy confesses to waking a sleeping child once or twice just for the opportunity to interact with them. She continued caring for children throughout junior high and high school.

In college, Amy earned a B.S. in Education with an Early Childhood Endorsement and triumphantly started down the path of educator. She happily taught in a local elementary school after completing her education.

During the next few years, Amy was blessed with the birth of two beautiful daughters, Emily and Allison. Eager to be a fulltime mom, Amy decided to trade in her teaching hat. She immersed herself into parenting, eagerly reading everything she could get her hands on. In fact, Amy recalls those days being pretty good back then—until an attempted home invasion threw things off track.

Someone broke a window and tried to enter their home when the family was away. Luckily Amy and baby Allison discovered what had happened, cleaned up the mess, and boarded the broken window before Emily got home from school.

Even though Amy attempted to erase all evidence of what had occurred, the kindergartener was traumatized by the disruption. Concerned, Amy sought help for Emily so she could work through her feelings about this unsettling incident.

Unbeknownst to them at the time, the decision to seek counseling was life changing for mother and daughter.

The therapist used play therapy to help Emily worked through her emotions until she found resolve. Amy also gained the skills to help her devastated daughter.

Amy describes Emily’s healing process as extremely powerful. She watched Emily slowly transform from a kid who was scared to fall asleep or leave her mother’s side into a confident, happy child free of worry. Years later when Amy divorced, the skills she learned made another hard situation more tolerable, as Amy was able to help both girls through the difficult process.

Emily’s journey of healing had a profound effect on Amy, who decided that she wanted to return to graduate school and become a licensed play therapist. She firmly believed in this process because she and her family had personally lived it—and she wanted to help other families find the hope that they had thought was lost.

When both girls were in elementary school, Amy began teaching at a private preschool. But at the end of the day, Amy traded one classroom for another and began enthusiastically studying to become what she felt was her true calling. And apparently she was right!

Upon graduation from what was then North Texas State University in Denton, Texas, Amy opened her own licensed play therapy practice. Finally she was able to help both children and their parents work through their daily struggles so they, too, could enjoy a healthy relationship and happy home.

What once began as a one-person practice has grown over 25 years to include two additional therapists and several certifications. Now Amy Allen Meyer and Associates of Frisco, Texas uses proven therapies that give children the tools they need for success. They also advise parents on how to build strong bonds that strengthen the important parent child relationship.

Together, the parenting advice and in-depth therapy gives families the foundation upon which to thrive—just like Amy’s family!

Amy Allen Meyer resides in McKinney, Texas with her husband of 18 years, Kurt. Both Emily and Allison are grown and happily married now. Amy’s role of mother-in law has been easy because Tres and John make it such. Her mother-in-law philosophy is “stay out of their business unless asked and support and encourage in every way possible”. Her family has changed fast – four babies in four years! She says becoming a grandmother is an absolute joy. She has delighted in seeing Emily and Allison in their new role as mothers. She and Kurt relish the time they get to spend with Wilson (3), Blake (2), Sydney, (1), and Pierce (1 month).

Amy Allen Meyer is a licensed therapist who specializes in parent child relationships, family counseling, and parenting advice. She counsels children, adolescents, and families through her private practice, Amy Allen Meyer and Associates, in Frisco, Texas, and offers parenting tips through her service, Parenting with AmySM. As part of this offering, Amy consults with parents online via Skype, by phone, or in person.